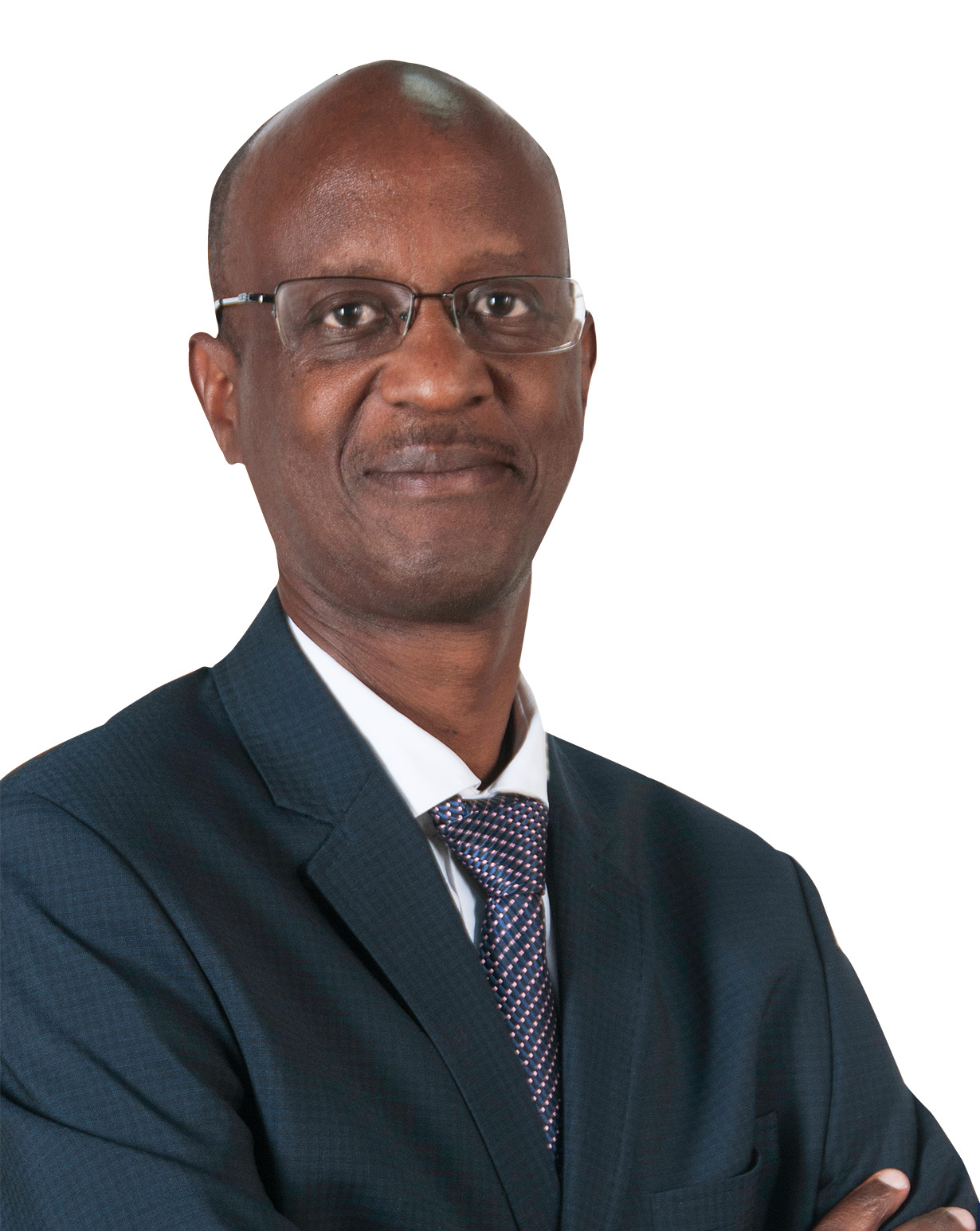 1. Reflecting on your 10 years as the Director and CEO of the African Legal Support Facility, what would you say are the significant milestones achieved by the Facility in this period?

The Facility has come a long way. Firstly, the human resources. An institution is as good as the persons working for it. Over the last decade, we have managed to build a competent team that holds a great passion for what they do and the institution they serve. From a staff of only 6, we now have 36 staff members from diverse nationalities and backgrounds. We are also very proud to say that the Facility has full gender balance among its staff. There are very few institutions that have 50/50 gender distribution like us. In fact, the female employees are slightly more than the male employees.

Secondly, we have so far provided support to over 300 operations in more 51 African States. More significantly, the Facility has been agile and innovative to respond to the diverse needs of its members. Today, the Facility has a diversified portfolio that supporting countries to negotiate PPP’s in infrastructure and energy, as well as natural resources management.

Alongside this, the ALSF has also leveraged technology and developed innovative tools for capacity building and knowledge management.

Thirdly,  the ALSF brand is now well known. The institution has established a unique and strong track record in offering legal expertise and enhancing negotiation capacities of African countries. We have become the go-to specialized organization for the African countries when it comes to issues of complex commercial and related sovereign debt transactions.

Fourthly, during our time we have been able to raise over US$ 110 million  to support the ALSF activities. It is our fervent hope that our financing partners continue provide the much-needed resources support to sustain the ALSF’s activities.

In summary, during my tenure, the Facility has experienced tremendous growth and transformation in its interventions; expanded its membership and resource mobilization efforts; and increased its visibility and credibility on the African continent and globally.

2. Is there a time during the last ten years which you could say was the turning point for the facility?

Yes – I would say that the fourth quarter of 2012 and first quarter of 2013 were a turning point for the ALSF. We got two large financial contributions first in the 4th quarter of 2012 which was quickly followed by another significant contribution early in 2013. These generous financial contributions, coincided with the increasing demand in our services, which more than doubled in 2014. The ability to swiftly and adequately respond to the growing demand of our services, increased our credibility among various the stakeholders, and encouraged other financing and strategic partners to get on board to support our activities.

3. What would you say about the Facility’s involvement and contribution on the African continent particularly on issues of and creditor litigation and sovereign debt management;

Allow me to provide a bit of a background, in 2003, African Ministers of Finance realized the importance and the need to set up an institution that would provide legal assistance to African countries particularly for Heavily Indebted Poor Countries (HIPCs) to address the challenge of creditor litigation and contract negotiation. In response, the African countries and the African Development Bank established the ALSF on 22 December 2008.

As mandated, the ALSF is the only African institution that supports African countries to negotiate and settle litigation of creditor claims. The aim is to achieve equitable and sustainable creditor litigation outcomes to prevent debt distress in the respective African states.

4. What about with respect to negotiating natural resource contracts? Is it true that this was not a core objective of the facility

With respect to supporting negotiations of natural resource contracts our interventions have been immense and are appreciated both by the African Governments and Investing Companies who understand that a balanced agreement leads to a longer term relationship mitigating the risks of cancellation especially when the government changes.

It is not true that this was not an original objective. When the African Ministers of Finance called for the establishment of the Facility they particularly asked that the function of negotiating complex commercial deals especially with respect to natural resources, debt and infrastructure be included in the Treaty which was done.

5. It has been said the Illicit Financial Flows (IFFs) are the biggest threat to African economies – in what way does the ALSF work support combatting IFF

We provide support to fight against Illicit Financial Flows (IFFs) in three ways. Firstly, most of the creditor litigation we support is intended to mitigate financial losses as a result of poorly or non-negotiated agreements that bind African governments to pay.

Secondly, if we are requested, the  ALSF assists African governments to build capacity to trace and recover illicitly externalized finances and assets.

Thirdly we have been working with the African Development Bank and the African Union High Level Committee (led by the former President of South Africa, H.E. Thabo Mbeki) to implement their respective strategies on combatting IFFs.

6. What would you say are the major things to be tackled by the Facility in terms of its goal and mandate among the African governments and other stakeholders?

If fully implemented, the ALSF mandate complements the goals of African governments to attain sustainable and inclusive development. With key areas like the efficient utilization of the vast natural resources and extractives, it is important for Africa to embrace full observance of good governance principles already enshrined in our key documents like the Africa Mining Vision and the Africa Union’s 2063 Agenda. In addition, the Facility assists the countries in ensuring that key issues the will contribute to the Sustainable Development Goals are addressed.

7. In your view, what are the linkages between law and development and, how does the Facility contribute to the development of Africa?

I have always been an advocate for law and development. The law should be able to be adopted to respond to the development needs of our countries. In an era when all our countries have adopted private sector led economies, it becomes more complex because the law have not been adequately dynamic to suit those changes. For instance, most African countries retain outdated mining laws that are not suitable for conclusion of appropriate Mining Development Agreements. We came up with the African Mining Legislative Atlas to fill that gap. We are in the process of developing an African Petroleum Legislative Atlas to do the same in that space.

8. Could you share with us, a special or remarkable moment that marked your tenure professionally or personally?

It’s so difficult to point to one remarkable moment. However, a couple I can point to were: the first time a government we were advising won a major case before an arbitration tribunal that could have led to their immediate payment of more than US$150 million; and the one occasion we assisted a small country to restructure down a major debt from US$ 55 million to 5 million.

9. What are your hopes for the Facility going forward?

The Facility is now a big brand delivering on what it was designed to do. When we started, we needed to convince our countries that we could assist them as we had no track record. However, all African governments now know us and our capabilities. We also needed to convince other stakeholders beyond our mother body the AfDB, that we could utilize resources to have impact on major investment projects. We now have many external partners that share in our designs and objectives wholeheartedly.

Above all the successes of the ALSF would not have been possible without the robust and committed support of our mother body the AfDB under the leadership of President Dr. Akinwumi Adesina. The President has been our biggest supporter ensuring that the role and achievements of the ALSF  are adequately promoted, and facilitating our continued financing under the ADF window.

My expectation is that if we can keep doing what we were established to do we should be able to do even better.

There is always room for the improvement and hopefully with Olivier taking over the baton, he will bring with him the same desire and drive to widen and deliver on the ALSF Vision.

10. On a personal note, what is on the horizon for you as you retire from the Facility?

I have been in the legal space for almost 40 years. I have spent a good amount of that time, assisting to drive the development agenda of our continent and  I intend to continue doing so, when requested, as we still have a lot to do as Africans.

I am already involved in a few external (external to ALSF) programmes on the continent, which are aimed at enhancing good governance, and I hope to remain engaged with them.

In addition I have other passions such as farming that I have been itching to do so as to set a good example for the ordinary farmers who constitute the majority of people where I come from.

But for the Facility, we now have a new Director and CEO, who was carefully chosen by the Board and we must give him all the support he needs to raise the ALSF to greater heights.